The PGA Tour is undoubtedly one of the most entertaining golf tours in Canada and attracts several big names in the industry. Despite it being hosted in Canada, no Canadian has been successful since 1954, when it was won by Pat Fletcher. The fans are however hopeful that at last a homegrown player will clinch it this season, given that several Canadian players will be participating. If you wish to know who will be on tour, here is a list of five prolific players who will be attending. Stephen Ames will be among the participants in the tournament. Ames is a Canadian based golfer but was born in Trinidad and Tobago. He later married a Canadian, and this gave him Canadian citizenship. Ames is a three-time international winner and a four-time PGA winner. His most memorable win was in 2006 when he incredibly won the players championship by six shots. This made his win one of the most memorable performances on a golf tour by a Canadian. Fans will be looking forward to his first PGA win due to his recent good run of form.

Delaet, a Weyburn, Sask native had a smooth season in 2017, when he registered six out of ten finishes, and pocketed a cool 1.6 million dollars and is likely to clinch the title. He also posted a career-best finish in that year, finishing joint seventh in the PGA tournament. Although he has been struggling with back pains, he is determined to be in the tournament, and finish in a better position than he has in the last two seasons. Nonetheless, he is still one of the favorites to clinch the title with his perfect ball striking techniques.

Little known Hughes is also a likely contender for the tournament. In the previous FedEx cup playoffs, Hughes made 31 appearances and went through the first three legs of the competition. Having played once on most of the courses, Hughes is expected to go through all the stages of the tournament and might pull out a surprise win. Unlike the two golfers previously mentioned, Hughes is comfortable with the flat stick and is determined to have his first career success in the PGA tour. Silverman may be regarded as a rookie because he has not won any major trophies. This, however, has not deterred him from making significant strides into his career since his days in the Florida mini-tours as a dominant force. Silverman has a good run of form and has high expectations in the upcoming PGA tour where he hopes to finish among the top five.

Mike wear is also another prolific player to feature in the PGA tour. He has spent over 100 weeks in the global top ten world golf ranking between 2003 and 2005. He is remembered for the incredible finish in 2005 that led him to win the masters. Most supporters will be looking to get entertained with his master class finishes and would make an exciting competitor in the tournament.

With all these prolific players, the PGA tournament is likely to be an entertaining one. Everyone is looking forward to an enjoyable competition, especially since it has many star-studded competitors. Here is to hoping that the top players have not gathered much rust due to their prolonged offseason. 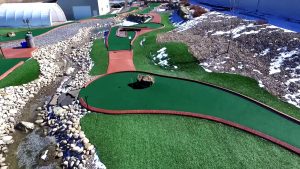 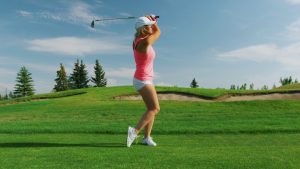